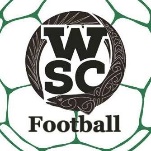 Welcome to Western Springs College’s football programme.  We have been formally running the programme for 10 years now, with some significant successes.

We believe strongly in working with the players to support and develop their footballing skills, while being mindful of their commitments and opportunities with club football and academic schedules.  In the end we want to prepare them for and open up as many opportunities as we can for their futures beyond their time at Western Springs College.

Girls and Boys Football is classified as a ‘tier 1’ sport at Western Springs College, and consequently we receive strong support from the College’s Principal and Sports Department.

The normal football season will operate from May – September 2022, with training/trials beginning mid- late February.  The girls will play their games on a Wednesday afternoon and the boys on Saturday mornings, with the exception of the boys 1st XI which will typically play on Friday night.

Whether you are an existing or new WSC student in 2022 (Year 9-13), and you are interested in joining the football programme, please follow the link below to provide us with your contact details so that we can get in touch in 2022 to confirm the start of the training and ID sessions.

We look forward to hearing from you.

Congratulations to Archie Crayford and Finlay Trelease-Hughes (Team Shole)! Their film 'Maybe Crazy' made for…