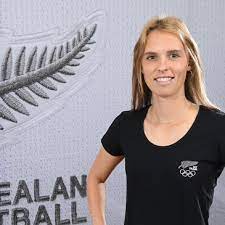 Alumna, Football Fern Daisy Cleverley continues to be a bright presence in the women’s football scene. She currently plays for the Danish first division club HB Køge, enabling her to compete in the UEFA Women’s Champions League.  The 25-year-old midfielder joined HB Køge from the United States where she had been playing for the Georgetown Hoyas at Georgetown University.
Daisy played for the national U-17 and U-20 squads and has represented the Ferns at two Olympic Games.
Watch out for Daisy in the Fifa Women’s World Cup which is happening in NZ and Australia 2023.
Source: Friends of Football