Pearl Little is the Green Party Press Secretary based in Wellington. Her job involves helping to amplify the work of Green MPs through the media. She was the Strategic Communications Manager for Tory Whanau’s mayoral campaign, and worked for Newshub Nation during the 2020 election. Pearl studied Media Studies and Politics (Honours) at the University of Auckland, where she was involved with student radio station 95bFM. She lives on Wellington’s south coast and loves to get to the ocean whenever she can.

School life, what it meant to me: Western Springs taught me the value of community and supported me to be my true self, something I carry with me to this day.

Greatest achievement: Being part of the team that secured a historic progressive change for the capital city by helping Tory Whanau be elected as the first indigenous woman to be the Mayor of Wellington.

Greatest influence: My whānau. Specifically my Mum and Dad who always encouraged and supported me.

Source of inspiration: Leaders who fight everyday to leave the world better than they found it.

What significant change would you like to see in your lifetime?  A future where everyone in New Zealand is supported to live fulfilling and happy lives. Warm, dry, energy efficient housing. Higher wages. More renewable energy. More carbon-zero transport. A thriving and healthy natural environment.

What makes you roll your eyes every time you hear it? “It’s too late to do anything about climate change.” 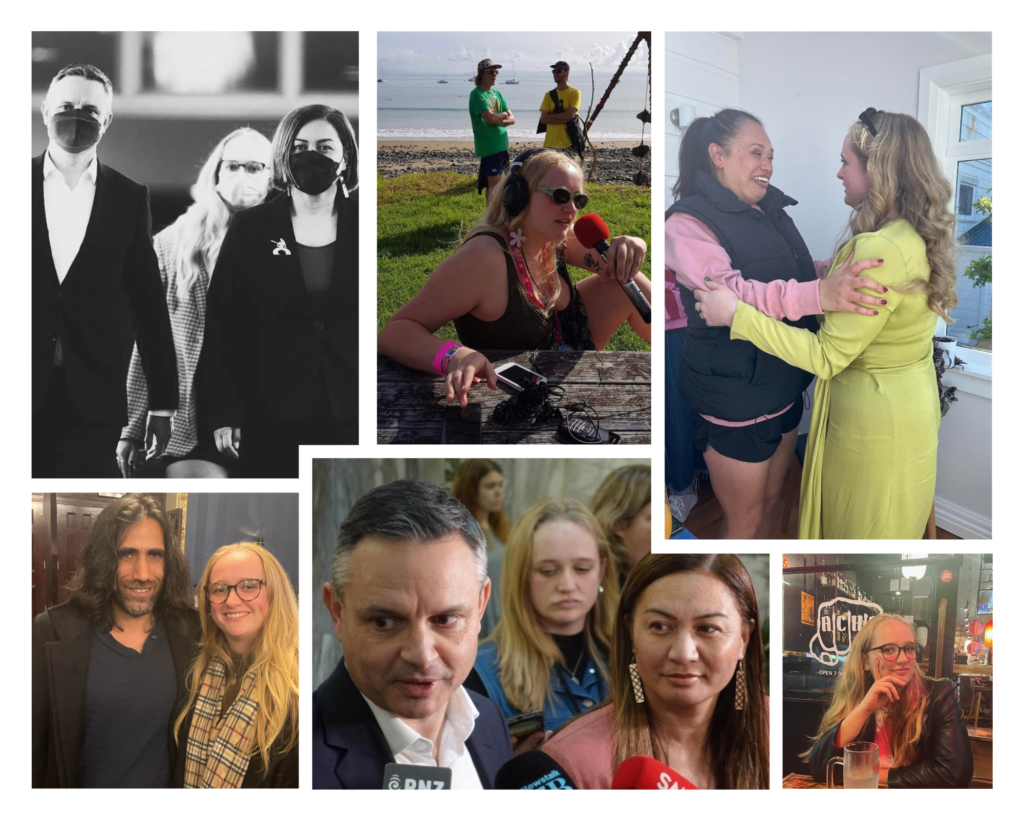 Top from left: “Bridge run” – James Shaw, me, Marama Davidson, Broadcasting from Splore, 2018, Tory Whanau and I hugging after finding out she won the mayoralty.
Bottom from left: With Kurdish-Iranian journalist and human rights defender, Behrouz Boochani, with Green co-leaders, James Shaw and Marama Davidson.