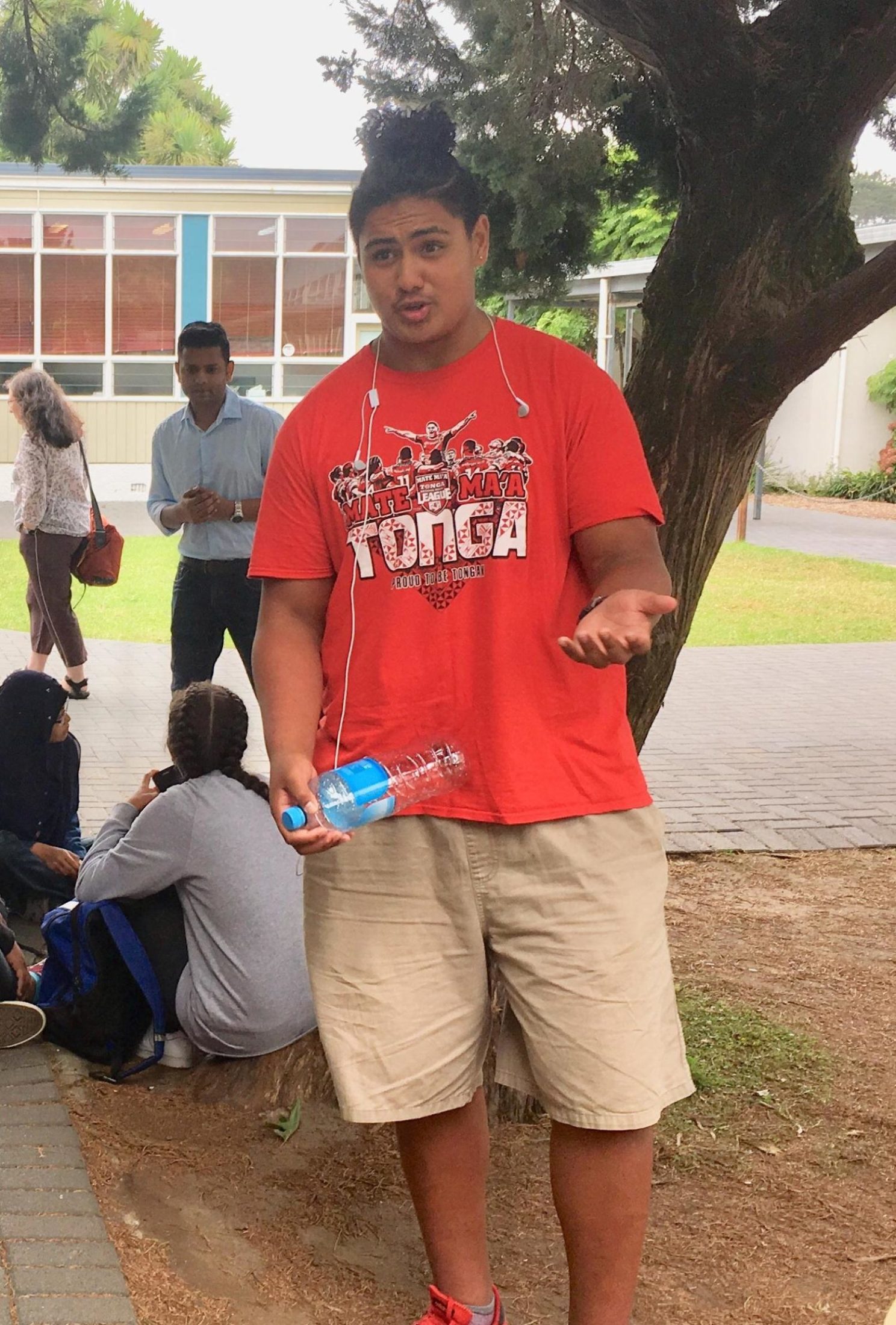 Year 13 student, Jessie Kaiser has landed an awesome opportunity.  His father, Tonu, was contacted out of the blue by a Delaware University American football coach, about the possibility of Jessie gaining a scholarship to study and play football in the US.

Jessie has played league all of his life and his size is a draw card too.  So after the exchange of several photos and video clips of Jessie playing league and some negotiation, Jessie has secured a two year scholarship to play American football for Aquinas High School in San Bernardino, California.

Although Jessie has played some American football, it has not been his main sport, so he will be getting to grips with the game at Aquinas High, but who knows where this opportunity will lead.

At Western Springs College Jessie has played a leading role in getting English Medium students involved in kapa haka and is highly respected by his Māori Medium peers.  His confidence and leadership skills have grown immensely over the past five years, he has learnt from things when they have gone wrong and has always stepped up to challenges.  Above all, Jessie is known for his great compassion!

WSC teacher Tupe Tai has this to say about Jessie, “behind the ‘giant’ persona is a truly sensitive young man, a quiet yet undeniable leader”.

We wish you all the best, our love and good wishes in your journey.