Izzy Matthews, year 11 student has been extremely busy competing at the 76th Archery NZ National Championships that were held earlier this year in January.  She entered 5 events where she won and placed 1st in the Field Championship Event which was shot over two days – Friday 4th – Saturday 5th of January, a marked round where you are given the distance and an unmarked round where you judge the distance and score accordingly.

Sunday 6th January Izzy competed in the Clout Championship and placed 1st.  This event is where you shoot at a flag 145m away and score points depending on how close each arrow lands to the flag.
The next three days Izzy competed in the Target Championships where she ranked 3rd after 72 arrows at 60m and finished 2nd after match play on Wednesday. 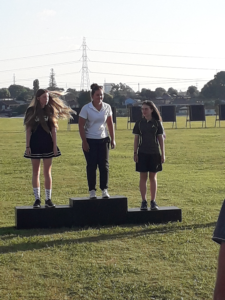 On Tuesday they were shooting 144 arrows over four distances – 60m, 50m, 40m and 30m.  Izzy finished 4th after being 3rd going into the shorter distances.  After the Individual Match Play on Wednesday they made up their own teams for their match play distances at 60m.  1st was a senior woman’s group, 2nd place was a mixed team from Palmerston North and coming in at 3rd place was Izzy and two of her friends from St Peter’s College, they had the NASA shirts on … Not Actually Serious Archers!!! 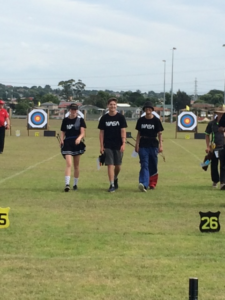 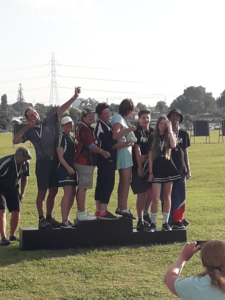 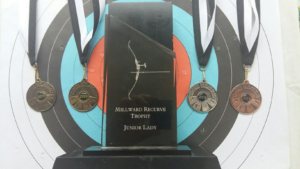 Congratulations Izzy and all the best for the College Sport Auckland events, Archery League on Wednesday 20th February and the Match Play Championships which starts on Sunday 7th April.
A reminder, if you are keen to join Izzy in representing Springs at the next Archery competition please see Sami in the Sports Centre.
Sami Va’auli
Sports Coordinator
vaaulia@wsc.school.nz
(09) 815 6730 xtn 730