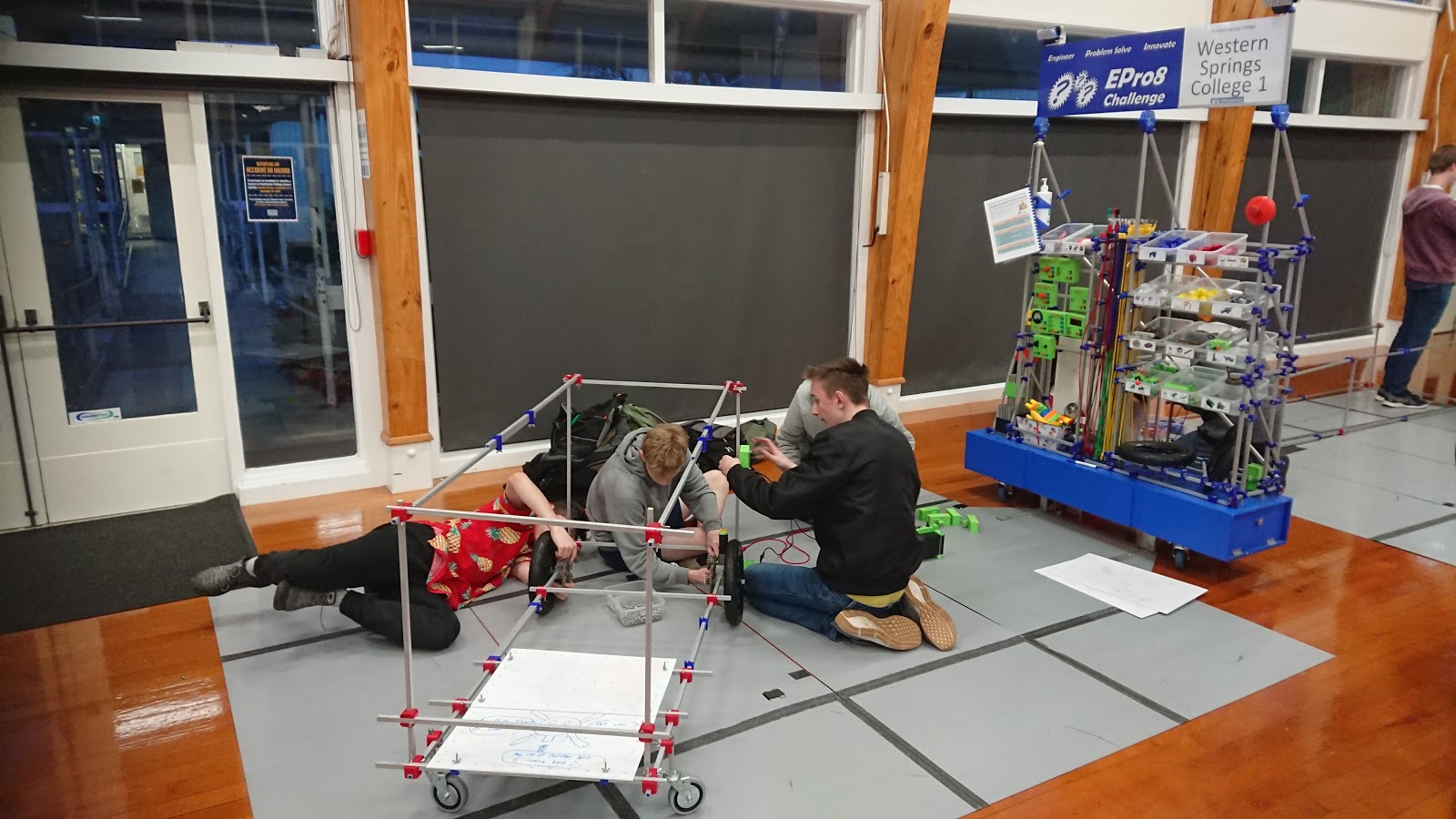 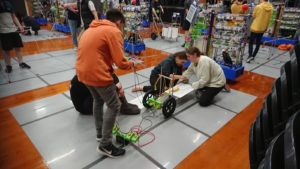 In the first weeks of Term 3 (before the present interruption) seven teams of western springs college students competed in heats of the Epro8 engineering challenge.

The three senior teams competed in week 3.  At the end of 2 1/2 hectic hours, 5 teams were tied for first place on 590 points. This included two WSC NPOW teams.

Progress to the next round was decided in a 2 1/2 minute “build off”.  The three teams with the tallest self supporting tower at the end would go through. The pressure to create the tallest tower was telling. 4 out of 5 teams pushed the envelope to the last second, and their “towers” teetered and fell.  WSCNPOW Team 3 took out top spot with a more conservative effort and qualified for the final. Team 2 missed out, but were happy to have been first equal on the night. Team 1 had also been in the mix, finishing in 6th place on 520 points.

Three of our junior teams, and the winning senior team made it through to the next round of Epro8, which would have been held on 19 and 20 August.

However this was overtaken by recent events. These next stages of the competition are presently being rescheduled.