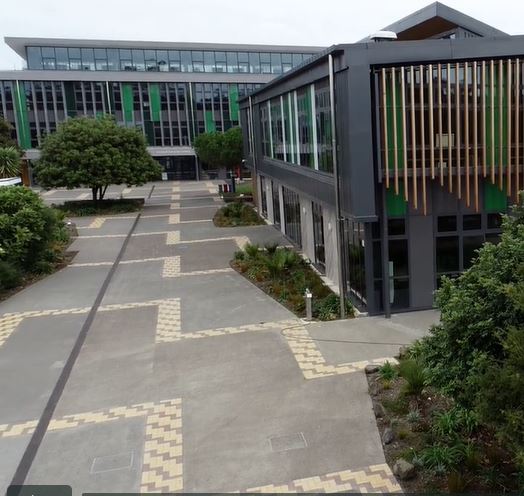 We appear to have ‘scooped the pool’ by taking out all of the major architectural awards this year for our new school. We began by taking first prize in the education category of the NZ Institute of Architects (NZIA) Auckland Regional Awards. This has been followed by a first place in the NZIA National Awards and the Ted McCoy Supreme Award for Educational Excellence also at the NZIA National Awards.  The pundits had predicted that this would go to the University of Waikato’s Tauranga campus, also a Jasmax project, because of the very generous budget allocated there!
This award was followed up by a Merit Citation at the Property Council Awards held at Spark Arena, and most recently, Springs/Waiōrea won the Supreme Award at the Learning Environments NZ (LENZ) Awards held at Warren and Mahoney Architects.  The flood of awards has invigorated the Ministry of Education to start the process and planning for the Stage 2 extension to the school.
The awards are testament to the outstanding environment that Springs/Waiōrea students enjoy and learn in everyday.  Visitors are totally impressed by the new school, and comment that it is like a University and nothing like a school.  This exactly what we have wanted to achieve and our students are the luckiest in New Zealand.  Have you visited us to have a look at the new campus?  Make sure you do.
All the best for the Christmas holiday season in New Zealand.  Where else would you rather be?
Ivan Davis
Principal 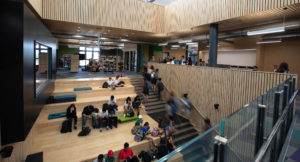