On Wednesday April 4, four groups performed at The West Auckland Regional Shakespeare Festival. All our performers were notable for the clarity they brought to the text and the precision in their performances. Felix Moores, Sian Azariah, Frankie Marbrook and Naimh Mayer performed as the lovers from A Midsummer Night’s Dream. With their pace, vitality, humour and comedy timing they had the audience in stitches. Our congratulations to Queenie Samuel, Sienna Davidson and Sofia Roger Williams who were awarded Most Original Concept. Izzy Christie and Alice Naish, were awarded Best Five Minute Scene and will now perform at the National Festival in Wellington over Queen’s Birthday Weekend. This is an amazing feat from two talented year 10 students. Amy Morrin, Hattie Salmon, Toby Mangelsdorf and Sebastian Thomson were given a special mention by the adjudicators for an outstanding interpretation of Othello. They were awarded Best Student Directors, but their performance was over the time limit and therefore automatically disqualified. All bias aside, this performance was superb in its originality, conception and delivery and it is a great shame it will not now be seen at the National Festival. I would like to commend all our students on their work and look forward to seeing what gems they produce next year.

This term we have seen a number of excellent theatre productions. The year 13’s saw a stunning adaptation of George Orwell’s 1984 and as a class they can’t wait to get stuck into their own production, which is an adaptation of Orwell’s other classic; Animal Farm.

The year 11 and 12 students saw an outstanding play at Q Theatre, which had been brought to the Auckland festival from Belgium. Us/Them was a retelling of the Beslan school seige in North Ossetia, Russia in 2004. This was a beautifully crafted two hander which focused on the story from the point of view of two children. It was a brilliant example of how simple and effective theatre can be in telling difficult stories.

Following that performance we walked down to the glorious Civic Theatre to see The Naked Samoan’s Do Magic. This was theatre of an entirely different style with fabulous costumes and mad-cap humour. All in all a great day’s entertainment and education for our students.

Next term we have performances from The Ugly Shakespeare Company and Ensemble Impact in school as well as Massive Company’s new emerging artists production; Sightings. This features Georgia Menhennet from year 13 Drama as well as ex-student Akinehi Munroe.

The Year 12 students have been flat out on their production for term two and will be giving up a week of their holidays rehearsing. They are performing Shakespeare’sA Midsummer Night’s Dream at TAPAC at the following times:

Meanwhile the rehearsals for the The Addams Family proceed apace. Once again we have the services of Cherie Moore and Robin Kelly from Last Tapes Productions and who did such a fabulous job with Seussical.  The Addams Family opens at TAPAC on Wednesday 23 May and runs until Wednesday 30 June. Bookings will open through TAPAC next term. 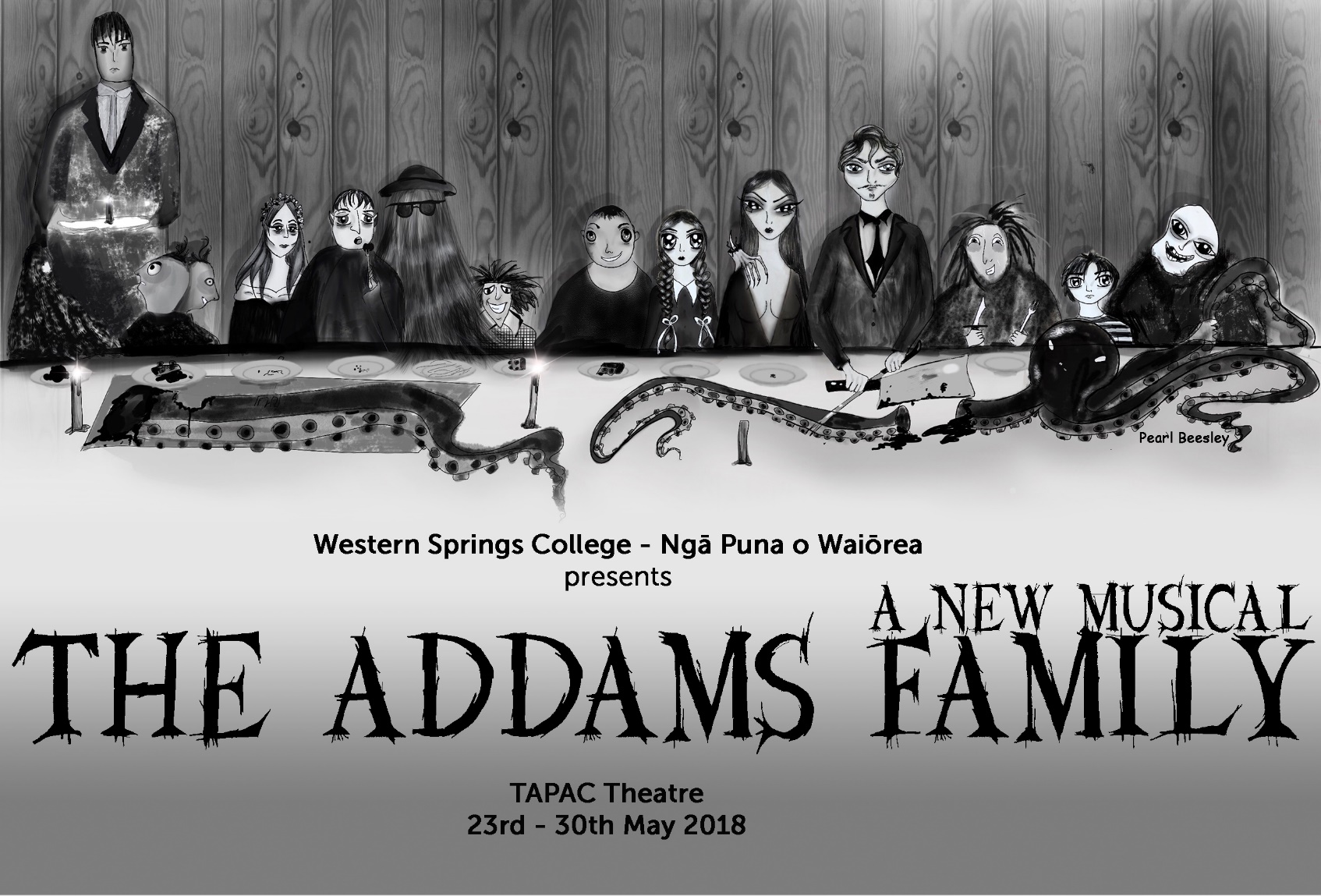 End of year news from the International Department

News from International Department While our senior students are sitting NCEA exams, the special programme…

Piano Lessons: One on one half hour lessons with experienced teacher. $16. Beginners to advanced,…