This term is ending with wonderful news from Drama who have recently performed at the Auckland West Regional University of Otago Sheilah Winn Shakespeare Festival.

A huge congratulations to Alice Naish and Isobel Christie, both Y10, for winning the SGCNZ University of Otago Sheilah Winn Shakespeare Festival – Best 5 minute, Student Directed scene for their direction and performance in As You Like It – Act III, scene ii. This is a highly regarded award of the New Zealand regional festivals and we are very proud of them both. Alice and Isobel will continue rehearsal in preparation for the National Festival held over Queen’s Birthday weekend at the Michael Fowler Centre, Wellington, where they will again perform their act alongside other NZ regionally selected schools – we wish them all the very best. 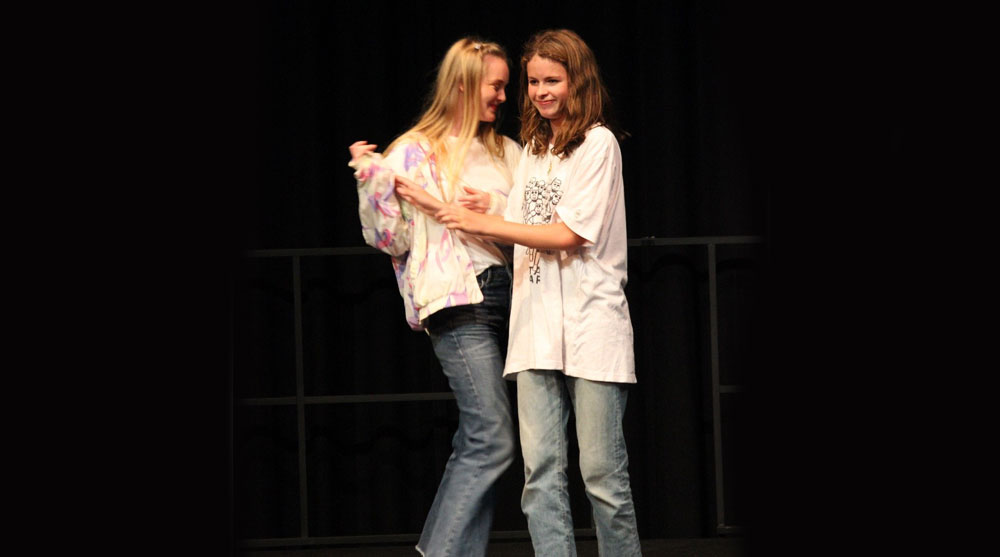 Alice Naish and Isobel Christie As You Like It – Act II, scene iii

Following on from their success, we’d also like to recognise the efforts of all students who were involved in the University of Otago – Sheilah Winn Shakespeare Festival held on Wednesday 4th April at Hobsonville Point Secondary School.

Special mention goes to Queenie Samuel, Sienna Davidson and Sofia Roger-Williams for their interpretation of Macbeth Act I, scene v – awarded Most Original Concept. Also congratulations goes to Amy Morrin, Hattie Samlon, Toby Mangelsdorf and Seb Thompson who received the award for Best Student Director’s. Their interpretation of Othello was outstanding and received special mention in the assessor’s report.

Students dedicate a lot of their own time over the term to rehearsing excerpts of Shakespeare in preparation for the competition. On behalf of Robert Pollock and myself – well done to all and we are very proud of you.

Thanks to Pearl Beesley – 13Art Design – for the ArtsNews Heading in this issue. 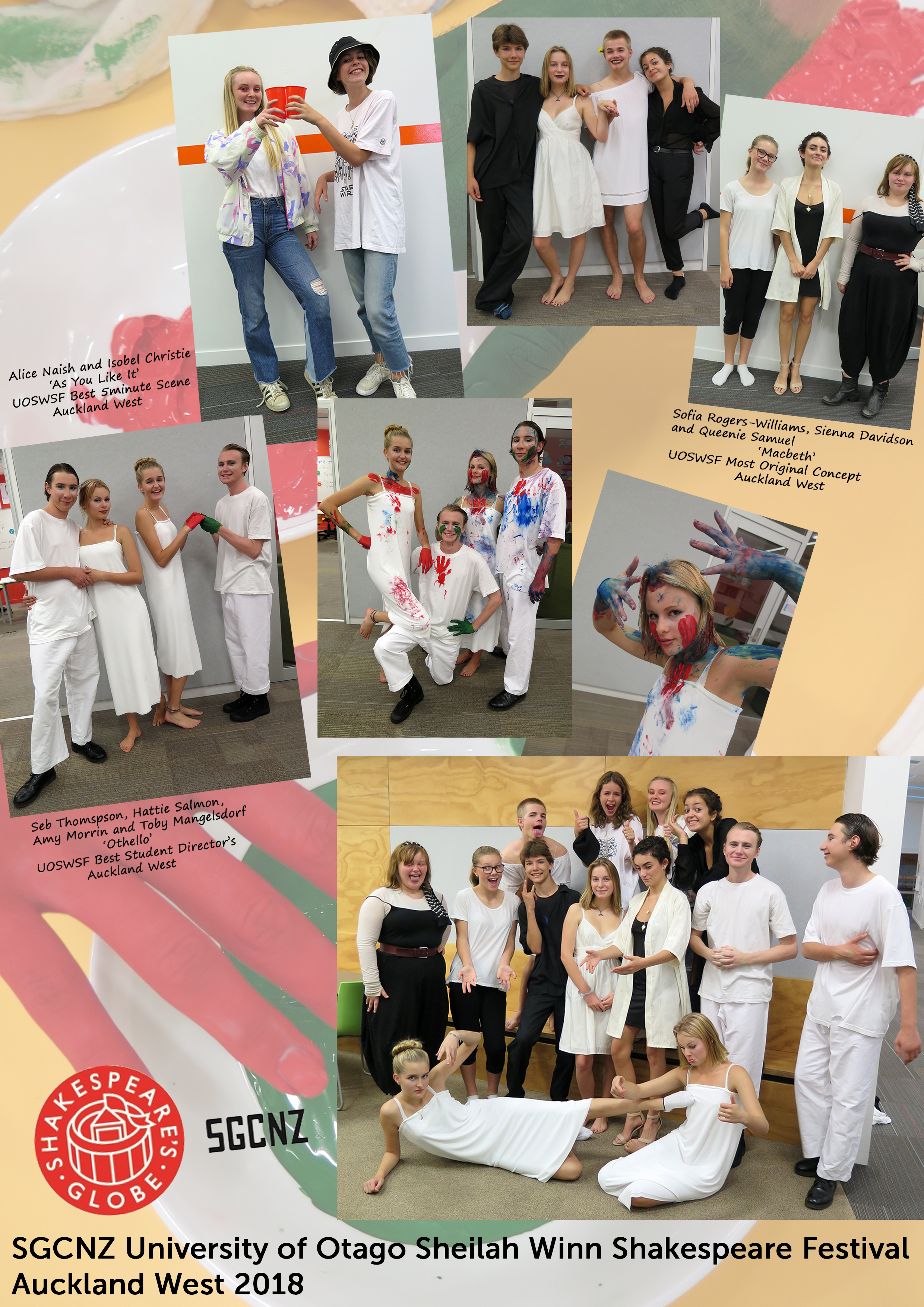 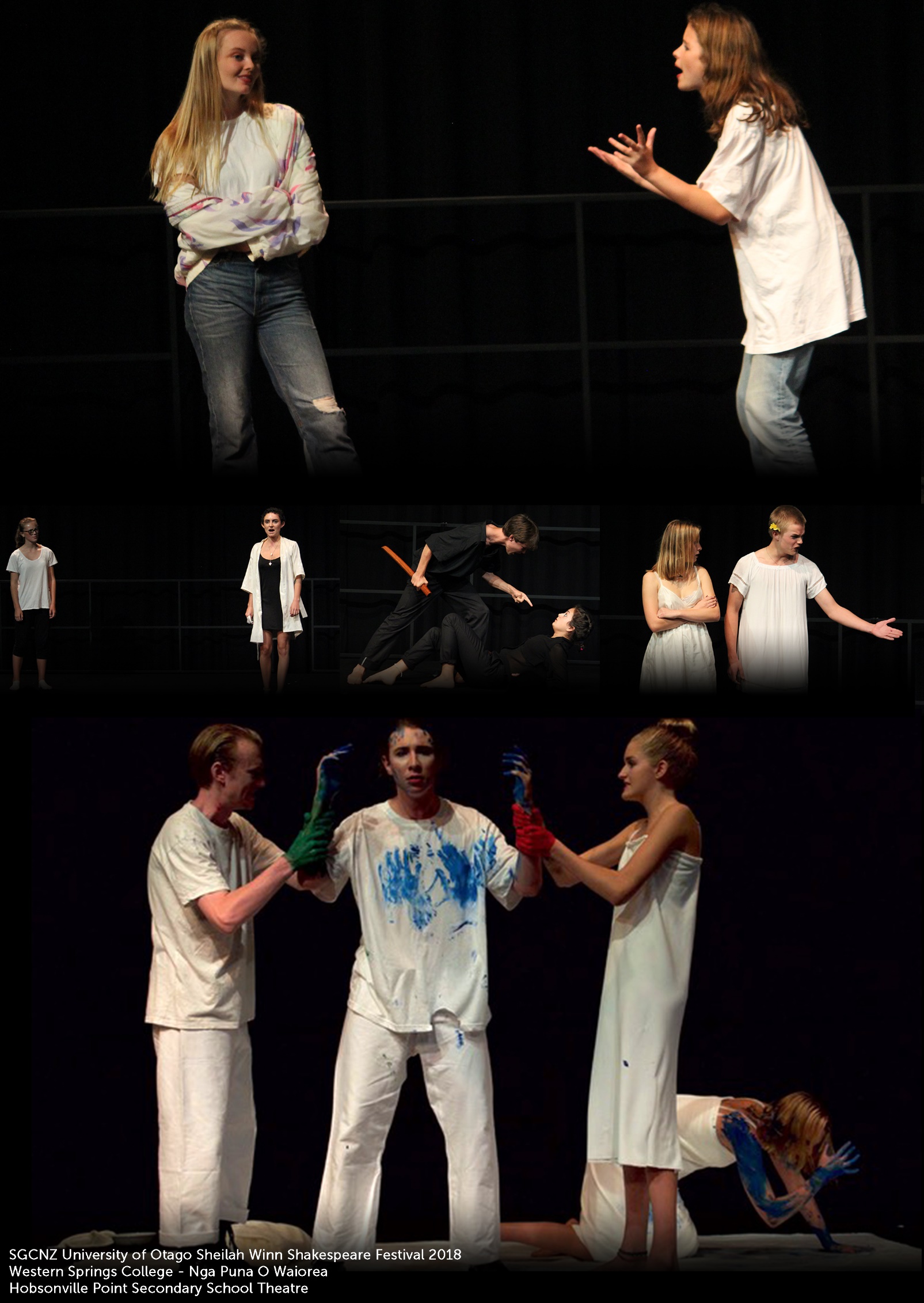