skip to Main Content
Excellent news for our student filmmakers (past and present) this month.
Intensive Care

Former students Donald Mayo and Sharn-Konet Reitsma have won the student section of the Documentary Edge Festival Competition with their documentary ‘Intensive Care’ made in 2017. It’s a wonderful portrait of a passionate Doctor working in our public health system. Donald and Sharn also won Best Documentary at last year’s Film Gala. It’s a cracker – have a watch!

Baby Buddies
Current students Edwin Collins and Maya Morpeth have had their documentary ‘Baby Buddies’ premiered at Selwyn Village to an enthusiastic and grateful audience. The documentary tells the story of this fabulous programme, where mothers, babies and the elderly residents get together every Friday to share, enjoy each other’s company and alleviate isolation. Feedback from Selwyn Village on the documentary was that although they’ve had a lot of media coverage on the programme, this documentary is the most heartfelt. You can see this film and other great examples of student work at the Film Gala on October 25th 8pm at the Bridgeway Theatre. 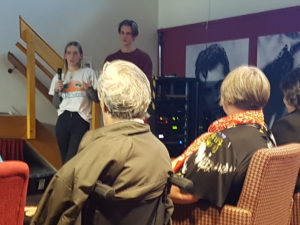 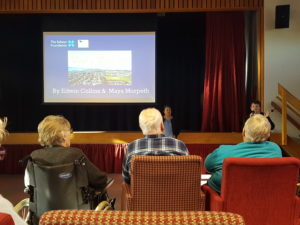