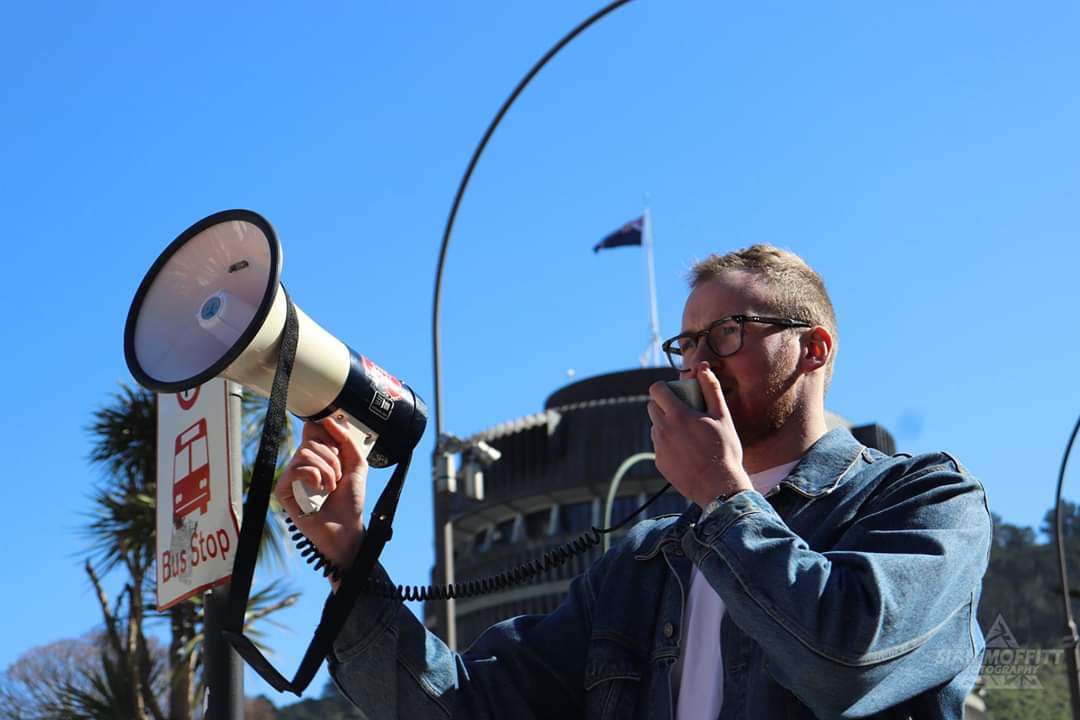 What I’ve been up to:

After finishing at Western Springs Marlon Drake moved to Wellington to study law at Victoria University. In his first two years he got involved with the Victoria University of Wellington Students’ Association (VUWSA), running for an executive role in his first year and at the end of his second year successfully running for president. During his time at president of the VUWSA he took part in organizing campaigns against sexual violence, and for better mental health services for students at Victoria. He has advocated for these issues and more in the public eye and behind the scenes at the lobbying table. He now has returned to finish his law degree, as well as sitting on the youth steering committee for the 18 – 25 year old mental health pilot and working as a campaign organizer for the Living Wage Movement part time.

I was able to start my education. That’s not a very exciting answer, but the reality is when you are in high school you just have so much time to learn. Not just from the curriculum, but also from the teachers as people, the community, and of course my friends.

I also think I was lucky to learn a lot about values from Western Springs in particular. It’s a school that encourages community, and the teachers and students taught me a lot about the kind of world I want to live in. I’ve been truly a bit brushed by Mr Havill’s socialism and Ms Webber’s unionism. One teacher who made a big difference to me was music’s Kim Tait, who absolutely personified kindness and care. Teachers like these have really had a lasting impact on me and it’s taken me awhile to realize this. I think often high school students are cursed to never fully appreciate great teachers while they have them. In my head these people will always be mentors.

Finally, Ngā Puna o Waiōrea is the heart of Springs. It’s a beacon of manaakitanga, and it’s where I was first able to start learning Te Reo Māori, a journey I am continuing this year through university.

LGBTQIA+ students had been fighting for university support for years. I’m quietly proud of having gotten this over the line to introduce a rainbow support coordinator at the university. Otherwise, organizing a couple of rallies was pretty cool and building a platform for our students to speak from was an awesome feeling. The political impacts were just a bonus on the side really!

Mum, dad, brother, nana, oma, and my heritage in particular my Jewish heritage in Austria. I am super lucky to have some awesome women in my family. My nana passed away last year, and it was like all the lessons she gave me finally settled in! Other than the family I would have to say some friends I made at high school who really actively tried to keep me on the right path. In terms of historical figures there are way to many, if you stick with one you’re just missing out!

I like to throw myself into the deep end as much as possible. When I was at Springs I learnt a whakatauki – Whāia te iti kahurangi, ki te tuohu koe, me he maunga teitei. Go ask one of the brilliant, top tier Te Reo Māori teachers at school what that means.

Lately I’ve been learning to match this reckless work style with some basic organizing skills, something anybody who taught me at Springs can tell you I struggled with, I’m a lot better now though.

Special to me: could be a possession, or place etc.

Saul Alinsky has a great book called “Rules for Radicals” If you want to get into community organizing like me, or if you just want to go through your protest phase sooner than later, you need to read it. That goes for every single one of the students at Springs who striked for climate change the other week.

Then go read Srdja Popovic’s “Blueprint for Revolution” to get what you learnt from Saul to apply on the big revolutionary scale we need to stop the world from ending.

I think reading is great. We don’t do it enough.

Get off your phone! It’s messing with your brain.

What do we do now that will be looked at as primitive and backwards in 100 years:

Probably most of our habits around waste and pollution. There is a decent chance we won’t be around in 100 years. We need some action on climate change yesterday. This is the next issue I will be working on, and that is genuinely because I am totally inspired by the high school students who marched the other week – in particular a Springs student called Luke Wijohn who was on the telly. Hopefully I get to work with him!

I was privileged to speak with the Secretary of the Commonwealth, who said some things that really changed my life. There are two kinds of people, those who want to be someone, and those who want to do something. You’ll waste your time trying to be someone, especially someone you are not. That’s how you get an ego. Instead, do something, and you’ll end up becoming the person you were meant to be anyway.

I spent a few years there trying to figure out who I was that I forgot to just be that person. Don’t focus too hard on long term career or life goals, you need those but you also need to live in the now. Pick a few values that matter to you and set a new short term goal every day in line with that. If you do that, the big life stuff will just fall into place. That’s how you ‘be yourself’.

Do you want to be a grand changemaker? A fighter of evils? Do you want to be a good leader? Start with being a good person, otherwise you’re just part of the problem. Get some values and stick to em in everything you do. It’s a hard lesson but one I reckon you should never stop learning. CA all day.