A Western Springs College Company was among the prizewinners at the YES West Auckland Regional Finals held at the B:HIVE, Smales Farm, on Wednesday 21st October. Zuli, a company run by Brodie Dye (CEO), Logan Park, Nicholas Tjong, Nathan Bell and with special mentoring from Sutham Krasaeboot, designed and released a dating app which sought to “create a risk free and inclusive” dating platform for young people. The idea was certainly a hit with the judges on the night, with Zuli picking up the following awards: 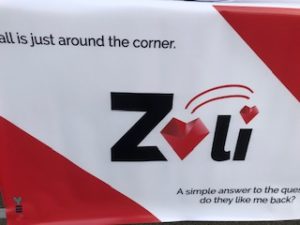 Company of the Year: Zuli (runner up)

YES is an extracurricular program where students set up and run a company which puts a product or service on the market. Companies compete within their regions on a number of challenges throughout the year, with the national awards taking place in December.

According to Zuli CEO Brodie Dye, “YES gave me the motivation and resources to pursue a business idea that I’d been wanting to pursue for a while now. By resources I don’t just mean the mentors, coordinators, or access to markets and technology, I also mean the personal resources which I now have within myself as skills. I’m now a far more adequate speaker, know much more about the world of startups, have better interpersonal skills and team-working abilities, and a better work ethic. I know it sounds like a lot of hard work, and it was, but when you have an idea which you’re passionate about, and a team of people who share that passion, it’s totally achievable and extremely worthwhile.”

We also want to acknowledge two Year 11 students’ perseverance with their Saint Blanc business, Hannah Grant and Samantha Rogers, and also the innovation of the Lil Guys sustainable avocado use plan of Harper Jordan, Charlie Szusterman and Thomas White.

Y12 or Y13 students who are keen to be involved in the Young Enterprise Scheme next year are encouraged to contact Kay Wallace (wallacek@wsc.school.nz) or Ben Hinton (hintonb@wsc.school.nz). 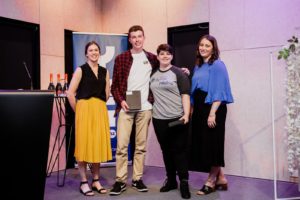 Caption: Brodie accepts the award for Individual of the Year 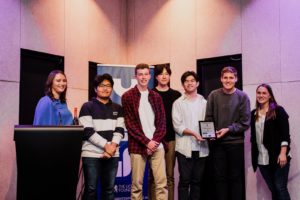 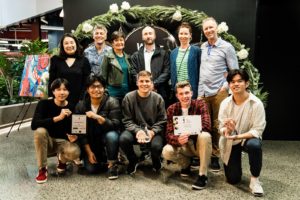 Caption: Zuli and their proud whānau and teacher