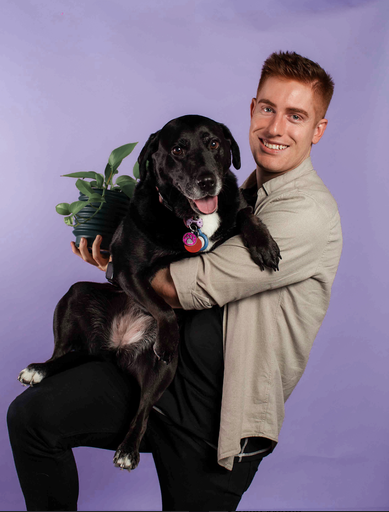 Louis Esther is the Vice President of Marketing at Kami, an education tech start-up that is transforming classrooms in 180 countries and used by over 33 million students and teachers. Kami was recently named one of TIME magazine’s 100 most influential companies in the world and is the fastest growing company in New Zealand having won the Deloitte Fast50 last year.
Following his years at Springs, Louis completed a Bachelor of Commerce degree, majoring in marketing and international business at the University of Auckland.

I was always the kid that would do anything to get out of doing speeches and avoid the spotlight throughout my school years. But I look back on my school years at Western Springs as some of my best and most transformative. For the longest time I was planning to become an engineer but it turned out I wasn’t the best at Physics! Instead, it was at Springs where I realised my underlying passion for entrepreneurship and launched my first business which has set me on my journey ever since. Springs is where I realised my passions, got inspired in new ways, and made lifelong friendships.

I think my greatest achievement is my personal growth and leveraging that to help others. Somehow I’ve found myself leading a team of 20+ talented marketers at the fastest growing company in the country. Nothing prepares you for that, but I can confidently claim that my childhood and schooling shaped me into someone able to rise to that challenge. One of the lows of leading a team is when someone leaves. But ironically, there’s also a huge amount of satisfaction that comes from having helped them grow and land their dream job. No job is forever, but the relationships you build and the impact you have on others transcends places of work and that’s worth infinitely more.

I’ve got to give a shameless shout out to my parents here, Mark and Elin! I might be biased, but I feel I’ve learned from the best. From dealing with challenging situations to talking myself out of useless purchases, I’m always asking myself what they would do. As well as my parents, a number of amazing teachers from Springs such as Graeme Moran and Tim Stubbs (and many more!) have had an influence that’s still revealing itself to this day. Considering where we spend most of our time growing up, parents and teachers are undoubtedly two of the greatests early influences in our lives… for better or worse. Fortunately for me, I’ve had it for the better in both.

I struggle to “switch off” which makes it difficult to let inspiration in. Because of this, I try to be more purposeful about it. One thing I’ve stumbled across is the “Shultz hour”. George Shultz was a former US Secretary of State who famously took an hour every week for quiet and undisturbed reflection with nothing but a pen and paper. He was only allowed to be interrupted by the President or his wife. It’s amazing what can come to you when you force yourself to switch off for an hour.

My whole career has been in high growth startups, attempting to disrupt industries, establish new ones, and ultimately change the world. There’s no step by step playbooks out there on how to do this stuff which is what I’m drawn to and find so exciting. That’s why constantly learning is a big part of my working style – from traditional sources, diversity of opinions, and having some incredible leaders and mentors who have opened doors, taken chances on me, and led by example. Something I quickly learned is that, despite my natural inclination to go at things alone, to have impact at scale and have a chance of changing the world, it’s not going to come from working in isolation. Greatness really is in the agency of others and the strength and depth of your relationships.

In doing this Q&A it’s been funny realising a few things. Firstly, some things don’t change. I still hate the spotlight and struggle talking about myself. Secondly, some things change a lot. I don’t think I (or anyone else) ever would’ve thought I’d be doing what I am today. Finally, reflecting on these deceptively tough questions really made me realise just how many people and experiences have shaped me into who I am today and that every day we have a chance to impact someone’s life whether they, or you, realise it or not. Make it a positive impact.