I can’t believe that it is half way through the year already! So far this year, senior philosophy students have been involved in trips, with guest speakers and in the classroom, engaging with the big issues. The first trip, in May, involved the Year 12s attending a Senior philosophy/GAT conference at St Cuthbert’s College, where students listened to a range of lectures including the importance of logic and how to think about truth in a ‘post-truth’ world, a critical examination of the claims about the afterlife and physics and electric guitars (a physicist who uses the science of electric guitars to explore the nature of reality and string theory gave an engaging talk). It was a very thought-provoking, mind-expanding day. In term 1, Year 12 were also lucky enough to have guest speakers from The Light Project (an Auckland-based non-profit who aim to equip young people, their whānau and professionals to positively navigate the new pornography landscape) come and give an interactive talk during our topic on pornography, freedom and censorship, where we looked at the issue through a critical lens. This topic helps students think critically and deeply about the issue of pornography, and for some, helps them form an opinion on the issue. 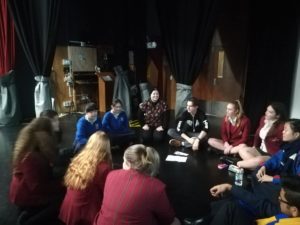 Lily and Max having a good time with the focus group on the posthumous use of gametes. 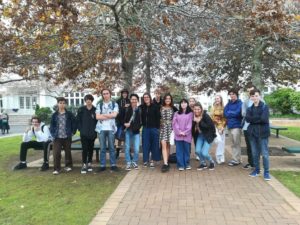 Year 13 philosophy students were offered an exciting opportunity last month. Our senior philosophers were invited by The Centre for Science and Citizenship, to be part of a focus group on the posthumous use of gametes (i.e. taking the sperm or eggs from a person who has just died, or using a frozen embryo that has been created using sperm or eggs from a person prior to their death.) The consultation process was initiated by The Office of the Children’s Commissioner and ACART (the Advisory Committee on Assisted Reproductive Technology) who sought senior secondary student voice on this pertinent topic. The outcome of the ACART guidelines developed from this consultation and presented to government will have repercussions on future use of assisted reproductive technologies, could impact on current young people when they reach a point of beginning a family, and will impact any children created should posthumous use be permitted. It was a very special opportunity for our students to be involved in this process! 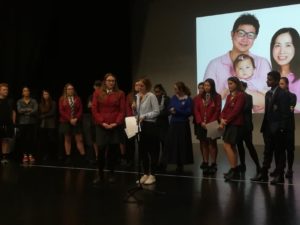 Jorja getting involved in the focus group on the posthumous use of gametes. 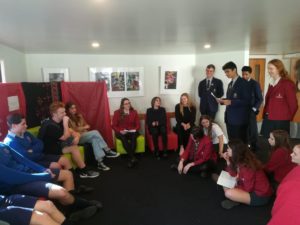 Charlotte, Tess, Shohana and Tobey getting amongst it at the focus group on the posthumous use of gametes

Junior philosophy students have also had an opportunity to do some EOTC. In May, the year 10 philosophy class travelled to the Auckland Buddhist Centre in Grey Lynn to experience first hand, some of the practices that Buddhists engage in and learn more about the central beliefs of Buddhism as part of our study of Buddhist philosophy and key beliefs. They got to ask many questions about anything they wanted to know about Buddhism, and then participated in a short mindfulness meditation session at the end. Students have since completed a Level 1 internal assessment on the key beliefs of Buddhism. 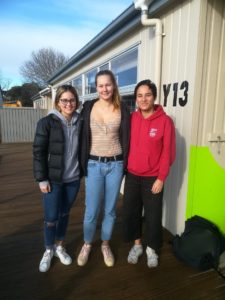 Finally, each year a small group of Year 13 students take a University of Waikato 1st-year paper in Social and Moral Philosophy, in addition to completing NCEA philosophy. This year we had three students opt to do this, and mirroring the superb achievement of previous years, their overall grades ranged from A- to A+. Well done Jorja, Charlotte and Viola!