Lacrosse:
The lacrosse season has come to an end, finishing off the year with our Inner City schools’ lacrosse tournament last week. Team goals, as well as personal goals, were discussed at our 8am meet up that morning, the girls all showing face although the rest of the school would be enjoying a relaxing half day.

It’s a bittersweet end as the games were fought hard with only 10min halves, a coach in the umpire jersey and most of our games finishing with a tie or losing by one point, usually shot by the other team in the last 30 seconds.
The girls rocked up in Western Springs style with the biggest gazebo – thanks to Dion Griffith for setting us up!!! and shared food in hand, umpires ushered over at lunchtime to enjoy in our festivities.
All players brought with them a determination and team spirit, our defense stances low and ready for the attackers sprinting down the fields. Although the final place may not have reflected the girls’ effort on the day we played every game as a team and was one of our best tournaments yet.
These girls worked really hard this year, every Monday morning turning up to school ready to pick up a lacrosse stick and take to the muddy field and as a result placed 1st in their division unbeaten.
I am very proud of my team and wish to see them all next year and hopefully some during our summer lacrosse club season!
Thanks so much, Sami for this season, as usual, you have been your amazing self! but also to our phenomenal manager Katie Wickes, our official umpire Bronwyn Hackett for your ongoing support and to all our amazing supporters.
Ellen Hackett
Coach 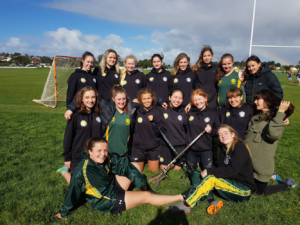 Football:
On the 14th of July myself and two other boys from our football club in Auckland flew down to Dunedin to start training camp with FOYDAT (Football Otago Youth Development Trust).  This team was made up of people mainly from Otago but also made up of 3 boys from Auckland and 3 from Florida in USA. After a week of non-stop training with the team down in Dunedin we were finally ready to start our trip. 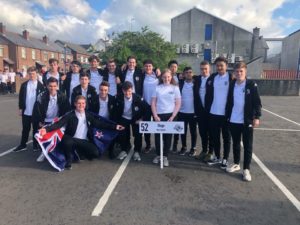 Twenty-five hours of flying and we finally made it to Manchester where we did more training, visited Liverpool FC as well as Manchester City and had 2 warm up games against Fulwood Academy and Salford FC Academy. We then flew to Northern Ireland to compete in one of the worlds best youth football tournaments the SuperCupNI (Milk cup) that had teams such as Manchester United, Newcastle and West Ham in it. 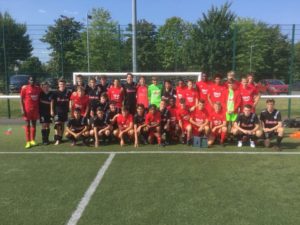 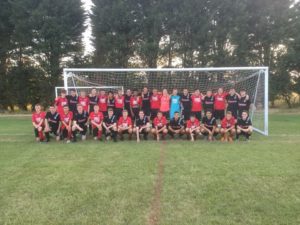 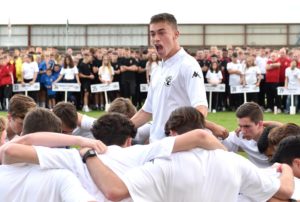 The tournament started off with a parade through the city of Coleraine as well as a haka that we had to perform in front of 5000 people. In the tournament we played First Choice Soccer (USA), County Armagh, County Fermanagh Clough, County Tyrone and Serie B Italia who ended up winning the whole tournament. We didn’t place as well as we should’ve but I felt as if the experience was something that I’ll never forget. I played against some of the best young players and learnt many valuable skills not only as a football player but as a person. 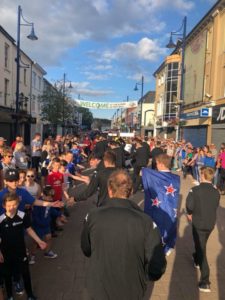 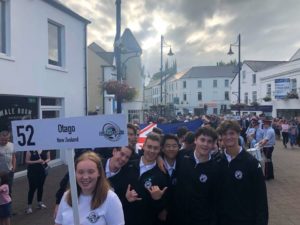 After the tournament had ended we flew down to Dubai where we went on a desert safari which was definitely the highlight of my trip. Overall the trip was an amazing experience and is definetly something that I’ll never forget.
Benjamin Hiscotte
Cycling:

What a great finish to the road cycle competitions. Some great learnings about teamwork and tenacity from many.

Kelvin has offered to share wind training tips for those keen to continue training sessions. Also secondary age information for a Cycling Club will be sent by Kelvin for events before the end of the year. 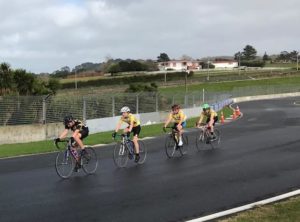